The 76th anniversary of the atomic bombings of Japan will be marked around the world next month. The city of Hiroshima was attacked by the United States on August 6, 1945. 140,000 people died, many instantly. Three days later, a second attack killed 70,000 people in Nagasaki on August 9, 1945. Canada had provided technology and uranium needed for the bombs.

Ceremonies to commemorate the terrible first use of nuclear weapons, and to pledge never for them to be used again, will be held in communities across Canada. Many events will be online because of the lingering pandemic, so you may be able to participate from anywhere.

Here are some of the events we have been informed about, and we’ll keep this list updated over the next few weeks. Please send your event notices to sstaples@peacequest.ca.

Peace Picnic – In Memory of those killed at Hiroshima and Nagasaki

Bring your own meat and other food. Briquets, and condiments, and refreshments will be provided.

Remarks: “Peace and the Federal Election” will be made by Ed Lehman

Bring a friend or two!

On the evening of August 6, the anniversary of the atomic bombing of Hiroshima, we invite you to attend Hope for the Earth: Canada Sign the Ban Treaty.

Peace activists and dynamic artists will highlight the importance of Canada’s joining the growing number of nations signing the Ban Treaty, and how we can contribute to the elimination of nuclear weapons. This event will include esteemed speakers, musical performances, Mayoral Proclamations and a lantern ceremony.

Speakers and performers include:

Setsuko Thurlow is a Hiroshima survivor and co-recipient of the Nobel Peace Prize on behalf of the International Campaign to Abolish Nuclear Weapons. She is a lifelong advocate for global disarmament education and the entry into force of the 2017 Treaty for the Prohibition of Nuclear Weapon.

Ron Korb is a Grammy nominated and multi-award-winning flautist. Playing a wide variety indigenous woodwinds from around the world, his compositions evoke imagery of diverse cultural traditions.

NATO having reaffirmed its commitment to nuclear weapons, regional nuclear wars with “tactical” A-bombs may happen. Daniel Ellsberg recently warned everyone that Taiwan is one likely scenario. NATO is certainly stepping up the aggression, recently attacking targets in Iraq and Syria. Join the Vancouver Peace Council and ILPS organizations including the Just Peace Committee to commemorate the bombings of Hiroshima and Nagasaki by reaffirming our commitment to opposing nuclear weapons and wars of aggression in favor of just peace and negotiations for just peace. Demand that Canada sign the 2017 nuclear non-proliferation treaty and get out of NATO. 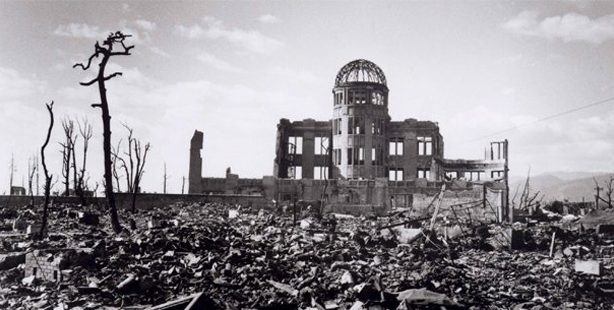 This is the darkest Hiroshima Day in decades - but there's hope

Seventy-seven years ago today the United States dropped an atomic... 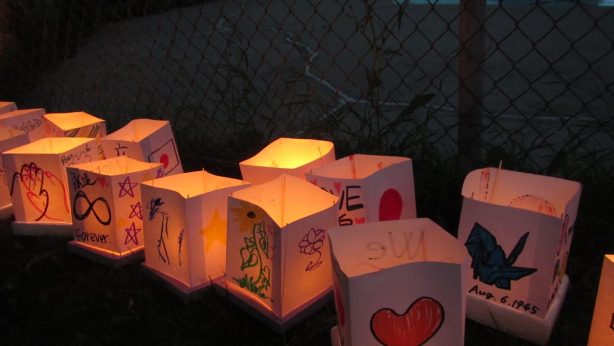