All war crimes are not equal in our media, says Scott Taylor

Homepage Commentary All war crimes are not equal in our media, says Scott Taylor
Commentary

All war crimes are not equal in our media, says Scott Taylor

“The western media coverage of one of the most recent developments in the war in Ukraine once again serves to illustrate a total lack of objectivity and balance in their reporting,” says Taylor.

He looks at the death sentence handed to two Britons and a Moroccan found guilty of being mercenaries, and Taylor asks readers to reflect on how war prisoners are being handled on both sides of this war – and our own, and allies’ action in previous wars.

“Both the UK and Ukrainian government were quick to condemn the death sentences for violating international laws that protect prisoners of war,” writes Taylor in his latest On-Target column. “The Russians cite the same international laws which do not extend prisoner-of-war status to foreign mercenaries.”

Who are illegal combatants?

The U.S. invasion of Iraq in 2003 drew thousands of foreign fighters to confront the American invaders. “For those foreign volunteers captured by the U.S. forces there was no question about offering them prisoner-of-war status. They were deemed to be “Illegal combatants,” he writes.

“None of these prisoners were afforded the prisoner-of-war rights as stipulated under the Geneva Convention. As we now know, U.S. officials authorized state sanctioned torture of many of these inmates and they were held in conditions so inhumane that they would violate U.S. livestock laws.”

“If the Putin spin doctors were clever, they would simply copy-cat the U.S. by labelling captured foreign fighters ‘illegal combatants,’ clothe them in orange jumpsuits and ship them to some island off the coast of Russia,” says Taylor.

Would captured Canadian volunteers in Ukraine be considered ‘prisoners of war’?

Scores of Canadians are among those now enlisted in the Ukraine Foreign Legion, and they have the Trudeau government’s assurance that they will not be prosecuted under Canadian law which prohibits citizens from fighting in foreign wars.

But what about International law? To the Russians, “these foreigners coming to Ukraine to kill Russians would be viewed as a threat to their national security.” Captured Canadian fighters might be subject to the same interpretation of international law that now imperils the lives of the Britons and Moroccan.

(Cover: KYIV, UKRAINE – MAY 19, 2022: Vadim Shishimarin, the first Russian serviceman to stand trial for killing a civilian in the Sumy region. Via Shutterstock)

Tags: Ukraine
Previous Story
Canada’s tortured past in Afghanistan revisited by new podcast
Next Story
A warning about Ukraine from Japan A-bomb survivor 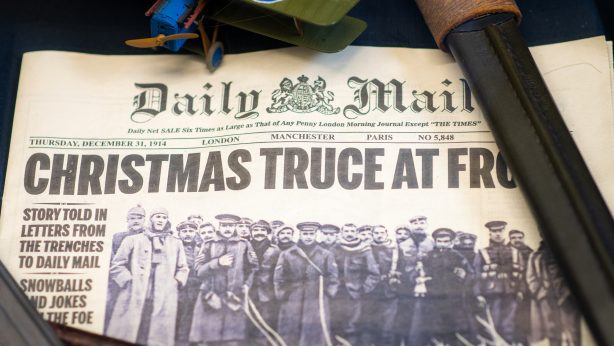 A Christmas Truce in Ukraine

The IPB invites you to add your name to their...