Nobel Peace Prize Laureate and former President of Costa Rica, Oscar Arias, has a bold idea to bring about peace in Ukraine. And a lot depends on NATO for it to work.

Writing in the Washington, D.C. newspaper, The Hill, along with Jonathan Granoff, the two say it is time for bolder efforts to make peace in Ukraine, “War, like fire, can spread out of control, and as President Putin keeps reminding us, this particular conflagration has the potential to start a nuclear war.”

Russia has rattled its nuclear sabre several times since its invasion of Ukraine in February, and most recently announced it would deploy nuclear-capable hypersonic missiles into neighbouring Belarus, a key Russian ally.

“Those missiles can carry nuclear warheads, and the move is apparently intended to mirror nuclear sharing arrangements the United States has with five NATO allies — Belgium, the Netherlands, Germany, Italy, and Turkey,” they write.

Under these arrangements, the United States has nuclear weapons of its own based in these NATO counties. Once numbering in the thousands, there are still 150 American nuclear weapons on alert, ready to be loaded onto bombers.

The war in Ukraine has awoken the world to the fact that the nuclear threat did not disappear with the Cold War back in the last century.

“The world is as close to the nuclear abyss today as it was during the Cuban Missile Crisis [in 1962 when the Soviet Union stationed nuclear weapons in Cuba]. In fact, contemporary nuclear risks may actually be worse. Whereas Cuban Missile Crisis lasted just 13 days, the fighting in Ukraine will likely continue and tempt fate for many months to come.”

The deal, as proposed by Arias and Granoff, would be the United States removing these 150 nuclear weapons in exchange for a peace agreement between Russia and Ukraine.

“Bringing both sides back into dialogue will require a dramatic gesture. Therefore, we propose NATO plan and prepare for withdrawal of all U.S. nuclear warheads from Europe and Turkey, preliminary to negotiations. Withdrawal would be carried out once peace terms are agreed between Ukraine and Russia. Such a proposal would get Putin’s attention and might bring him to the negotiating table.

Removing U.S. nuclear weapons from Europe and Turkey would not weaken NATO militarily, since nuclear weapons have little or no actual usefulness on the battlefield. If they are truly weapons of last resort, there is no need to deploy them so close to Russia’s border.”

The authors point out that NATO’s nuclear arsenal failed to deter Russia’s invasion of Ukraine and has almost no utility as a weapon of war. But NATO’s nuclear weapons can still be put to good use, not by threatening to launch them and escalate the war, but by withdrawing them to make room for new negotiations and eventual peace. 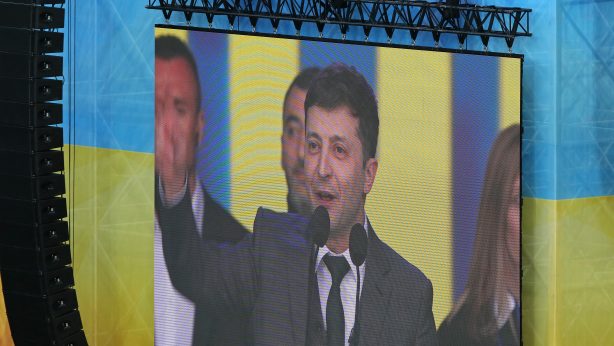