The alarming prospect that some Ottawa Police officers have been actually helping so-called trucker protesters – not policing them – is much more clear now, thanks to some incredible reporting by CBC’s Judy Trinh. And it is raising even more questions.

In our newsletter last week, we shared social media posts appearing to show members of the Ottawa Police posing with demonstrators for photos, speaking favourably about the raucous protests downtown, and possibly even delivering hot take-out food to trucker protesters. Some of those posts we shared have been removed subsequently.

Finally(!), this week a major media outlet has taken the potential for police-trucker collaboration seriously.

CBC’s Judy Trinh pulls back the curtain on the often inexplicable behavior of the police over the last two weeks. Did police officers help the protesters set up a command post in an East Ottawa parking lot to supply fuel and other materials to protestors occupying the city’s Parliamentary precinct? Did the police later stage a phony raid of the command post?

One organizer bragged about his close relationship with the RCMP, the Parliamentary Protective Service, Ottawa police and Gatineau police.

The CBC report raises serious questions about the potential infiltration of Canada’s security forces by trucker protestors, who are using millions of dollars in funding from U.S. right wing political movements to wreak havoc on the Canadian economy. Ontario’s Premier Doug Ford has declared it a state of emergency.

Above is a link to amazing reporting by Judy Trinh on CBC’s The National. Also, once again we recommend listening to CBC’s daily podcast, Front Burner, for an in-depth interview with Judy Trinh and even more revelations. The link is below. 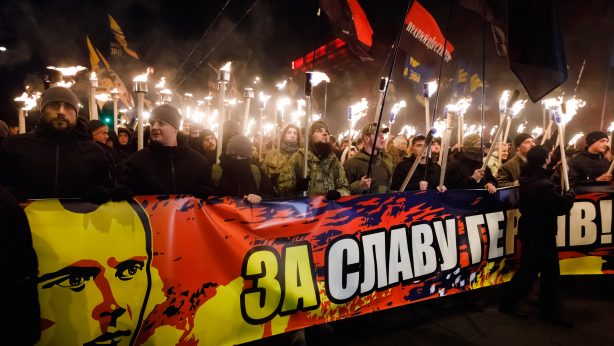