Experts used by CBC and others funded by weapons companies

Experts used by CBC and others funded by weapons companies

A CBC report about Canada’s imminent purchase of a multi-billion dollar fleet of fighter jets was being shared widely recently. The report quoted a military analyst about the F-35 fighter, one of the contenders, but readers were not informed about his organization’s close ties to the Canadian military (which wants to buy the F-35) and the plane’s builder, Lockheed Martin (which wants to sell it to them).

Research by well-known author Yves Engler shows that the undisclosed influence of military funding on seemingly neutral experts quoted by the CBC and others is a rampant problem, which may be skewing the public debate in favour of greater military spending and aggression.

“Of course these ‘experts’ are pro-military—follow the money” by Yves Engler was published by Canadian Dimension magazine on January 3, 2022. It documents financial ties between the military establishment and experts who are part of the Canadian Global Affairs Institute (CGAI, formerly the Canadian Defence & Foreign Affairs Institute).

“A tale of two fighter jets — and what it means for Canada’s defence and place in the world,” published by the CBC does not disclose this expert’s close ties to the F-35 aircraft’s maker.

Engler unpacks a column by a CGAI fellow that appeared in the Globe and Mail, titled, “Canada must do its part to defend the Arctic. That requires F-35 purchases and NORAD modernization.” Again, readers are not informed of the author’s affiliations with military and corporate-funded organizations.

The online magazine Ricochet reported that, “Canadian journalists regularly interview CGAI’s vice president, David Perry, when discussing issues related to defence procurement and contracting, for example. However, it is not always disclosed that, aside from fossil fuel money, this Alberta-based think tank is also heavily funded by arms manufacturers, which make up a significant number of its donors. Many of these are directly involved in the major military contracts CGAI is called to comment on.”

Ricochet asked about CGAI’s numerous media appearances; “Perry stated that while the nature of the think tank’s commentary and published materials are of interest to their funders, ‘our supporters do not determine the content of our activities.’” He added that the group’s annual reports list donors, something that reporters should be well aware of when inviting them to provide comments on issues of financial relevance to the groups’ funders.

However, viewers are readers may not be so well informed. 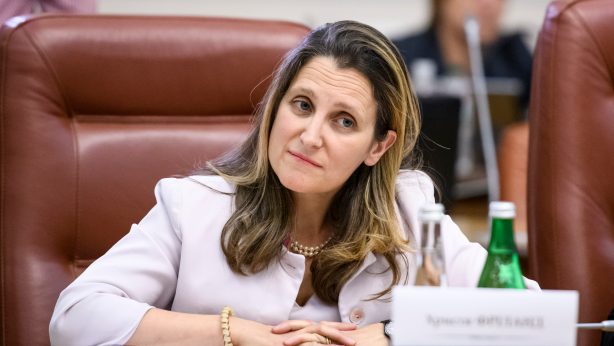