Homepage Commentary Is it a fight to the death (of everyone) in Ukraine?
Commentary

Indeed, Canada’s Deputy Prime Minister Chrystia Freeland said in her April 2022 Budget speech, “Putin’s assault has been so vicious that we all now understand that the world’s democracies — including our own — can be safe only once the Russian tyrant and his armies are entirely vanquished.”

With statements so unequivocal as that, it’s difficult to see how a peace settlement of this terrible war in Ukraine can be reached – and just as importantly – how a global nuclear war can be avoided.

Even hawkish commentators have expressed surprise. Rob Huebert of the University of Calgary reacted incredulously to Minister Freedland’s comment.

“We need to put this in context,” he wrote in the National Post. “This is the second-most powerful person in the Canadian government very publicly calling for the vanquishing of Russian President Vladimir Putin a.k.a. ‘the Russian tyrant.’ The speech is clear — she is not saying that the tyrant needs to be vanquished only in Ukraine or his armies defeated there. In that one sentence she has explicatively linked the security of all the world’s democracies to eliminating/vanquishing him directly.”

This week, our favourite CBC podcast, Front Burner, explores, “The case for a ‘good enough’ peace in Ukraine.”

In this program Gerard Toal — a political geographer and a professor of government and international affairs at Virginia Tech — makes the case for an imperfect peace deal with Russia. It’s a welcomed clear-eyed view on the situation we rarely hear from other experts on the CBC, or anywhere, really.

He looks at the potential for a peace deal – which Russia has been seeking but Ukraine has refused to discuss – and breaks it down into several different scenarios:

For some, likely Deputy Prime Minister Chrystia Freeland, only the full victory may be acceptable. But this could be the road to disaster, says Toal.

“Ever since the nuclear age – the world has been sentenced to the need for restraint on war where nuclear weapons are involved. You have to negotiate – even with your worst enemy.”

(Cover image: Kyiv, Ukraine; February 24 2022: Putin attacks, there is war in Ukraine, Explosions in Kiev, missiles on other cities. The land invasion has begun. Via Shutterstock)

Tags: Ukraine
Previous Story
Many dismayed by BC NDP after Anjali Appadurai disqualified
Next Story
If Putin goes nuclear first – don’t push the button, too 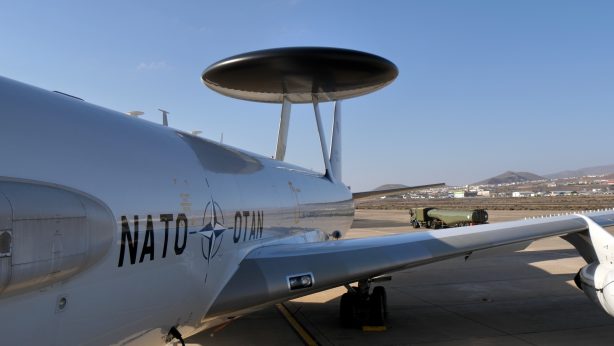