In this incredibly frank assessment, Dr. Michael Klare explains how we have arrived at a “new nuclear era” with the Russian invasion of Ukraine. “It’s a major turning point in history,” Dr. Klare tells an audience assembled by the Watson Institute for International and Public Affairs, “when the potential to use nuclear weapons is higher than ever.”

In this video, Dr. Klare explains the perilous route to this dangerous moment, and puts forward several frightening scenarios where Putin or the United States might push the nuclear button.

Watch the video of Dr. Michael Klare and Dr. Ira Helfand answer the question, “Will the Invasion of Ukraine Lead to Nuclear War?”

Below is a helpful glossary of terms used in the presentations:

What was the Cold War?

Cold War, the open yet restricted rivalry that developed after World War II between the United States and the Soviet Union and their respective allies. The Cold War was waged on political, economic, and propaganda fronts and had only limited recourse to weapons. The term was first used by the English writer George Orwell in an article published in 1945 to refer to what he predicted would be a nuclear stalemate between “two or three monstrous super-states, each possessed of a weapon by which millions of people can be wiped out in a few seconds.” https://www.britannica.com/event/Cold-War

How are conventional weapons different than nuclear weapons?

Conventional weapons refer to weapons that are not weapons of mass destruction. They include but are not limited to: armored combat vehicles, combat helicopters, combat aircraft, warships, small arms and light weapons, landmines, cluster munitions, ammunition and artillery. They are the principal tools used in all wars up to the present day. However, while they inflict dramatic damage, they often get less attention compared to weapons of mass destruction. https://www.ipb.org/conventional-weapons/

What are strategic nuclear forces?

What is meant by the European Theatre?

A “theatre” of conflict is the geographic place where military events occur. World War II had two primary theatres: The European Theatre and the Pacific Theatre. https://www.nationalgeographic.org/interactive/world-war-ii-europe/.

What was the Cuban Missile Crisis all about?

The Cuban missile crisis (October 1962) was major confrontation that brought the United States and the Soviet Union close to war over the presence of Soviet nuclear-armed missiles in Cuba. https://www.britannica.com/event/Cuban-missile-crisis

What are arms control agreements?

Arms control is when a country or countries restrict the development, production, stockpiling, proliferation, distribution or usage of weapons. Arms control may refer to small arms, conventional weapons or weapons of mass destruction (WMD) and is usually associated with bilateral or multilateral treaties and agreements. https://www.thoughtco.com/what-is-arms-control-3310297

What is Mutually-Assured Destruction or MAD?

In theory, under mutual assured destruction, a nuclear attack by one superpower will be met with an overwhelming nuclear counterattack by their target — using early warning systems, automated missiles, airborne nuclear bombs, and missile-armed hidden submarines. This will lead to the complete destruction of both. As such, mutual assured destruction — often abbreviated as MAD — is part of the military strategy of deterrence, in which one adversary threatens another with a reprisal if they attack first. https://www.livescience.com/mutual-assured-destruction

What is nuclear deterrence?

Deterrence theory holds that nuclear weapons are intended to deter other states from attacking with their nuclear weapons, through the promise of retaliation and possibly mutually assured destruction. https://en.wikipedia.org/wiki/Deterrence_theory

What is meant by “escalate to de-escalate?”

Russia is modernizing extensively its nuclear forces to be able to “de-escalate a conflict” using a small number of strikes and, if necessary, launch a massive nuclear strike. Russian military doctrine includes what some have called an ‘escalate to de-escalate’ strategy—a strategy that purportedly seeks to de-escalate a conventional conflict through coercive threats, including limited nuclear use. https://www.usni.org/magazines/proceedings/2017/february/escalate-de-escalate

What is the Nuclear Posture Review?

Nuclear Posture Review (NPR): A period Defense Department review of U.S. nuclear deterrence policy, strategy and force posture that looks five to ten years into the future. The 2010 review is, for the first time, an unclassified document. 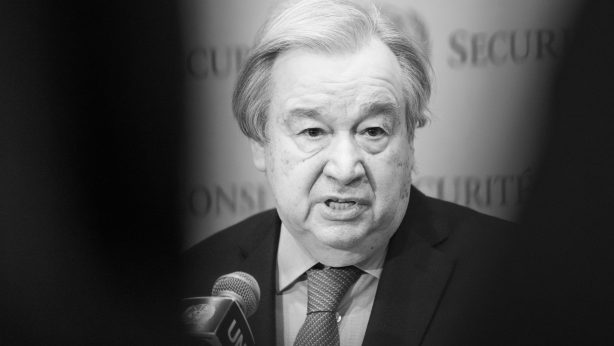 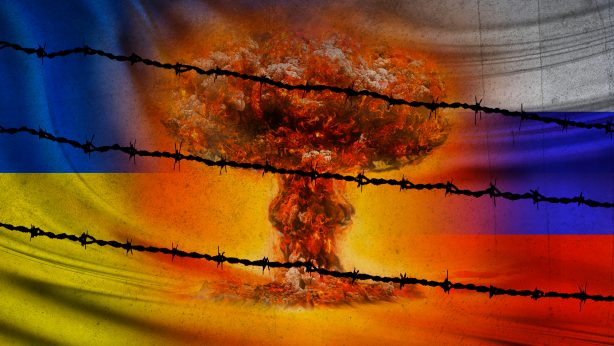 SearchPostsLogin
Canada may be drawn into missile defence pact with U.S.
Could the Falklands War have gone nuclear?
Former Pentagon chief warns of nuclear catastrophe
It’s chilling how close we are to nuclear war in Ukraine
Hear voices for peace in Russia
Can we build “common security” as an alternative to war?