This week, PeaceQuest Cape Breton researcher and essayist Sean Howard takes a look at the closest brushes with nuclear annihilation.

“Over 200 blood-soaked days into Russia’s illegal invasion of Ukraine, it has become commonplace to claim the world now stands closer to the nuclear brink than any time since the Cuban missile crisis, 60 years ago this month,” writes Howard.

“Indeed, speaking on the BBC’s Today program on April 30, Professor of International Affairs Nina Khruscheva—great-granddaughter of Nikita Khruschev, Soviet leader during the Crisis—claimed the danger may be even more acute:

‘What really saved the world at the time was that both Khruschev and Kennedy, whatever they thought of each other’s ideology and disagreed with it, and didn’t want to give in and blink first, when the threat appeared of a potential conflict they immediately backed off. … [But] I don’t see today any side, particularly the Russian side, backing off, and that’s what really scares me most.'”

It was on September 26, 1983, a time of red hot Cold War tensions—that another Russian, Stanislav Petrov, became ‘The Man Who Saved the World’, to cite the title of a 2014 film (watch on Tubi.com), reconstructing the morning he was told by a computer the Soviet Union was under nuclear attack.

The siren howled, but I just sat there for a few seconds, staring at the big, back-lit, red screen with the word ‘launch’ on it… A minute later the siren went off again. The second missile was launched. Then the third, and the fourth, and the fifth. Computers changed their alerts from ‘launch’ to ‘missile strike’…

“If he had done his job properly, Petrov—senior duty officer in an early-warning center—would have alerted his political superiors: ‘All I had to do was to reach for the phone; to raise the direct line to our top commanders—but I couldn’t move. I felt like I was sitting on a hot frying pan.’ Almost certainly, had the call been placed, a ‘retaliatory’ strike would have been ordered; but in a decision Petrov credited to his civilian education—’My colleagues were all professional soldiers, they were taught to give and obey orders’—he sat tight, and ‘twenty-three minutes later I realized that nothing had happened. If there had been a real strike, then I would already know about it. It was such a relief,” writes Howard.

Will the world be able to avoid a nuclear war this time, should Russian Federation President Putin decide to use a nuclear weapon?

“The world really is impossible to manage as long as we have nuclear weapons. It really is a terrible way to have to live in this world.”

President John F. Kennedy said to British Ambassador David Ormsby-Gore at the height of the Cuban missile crisis on 21 October 1962. 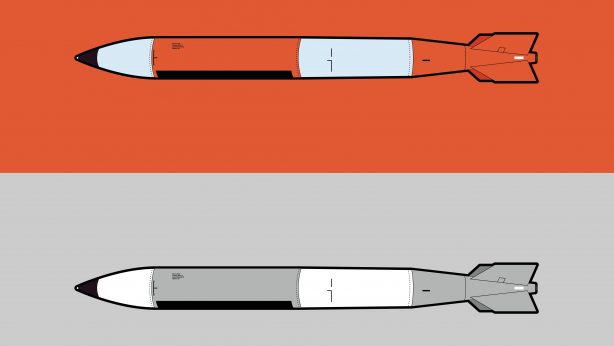