PeaceQuest Cape Breton’s Sean Howard contributes a new essay this week, looking back at the accomplishments of Bill Blaikie – the trail-blazing Member of Parliament.

As Howard notes, on September 24 the Canadian anti-war community suffered a grievous loss with the death, at the age of just 71, of Bill Blaikie, New Democrat MP for Winnipeg for nearly 30 years (1979-2008) and devout Christian believer in a peace on Earth secured not through the chimera of military ‘strength’ but implementation of what we might call the ‘Isaiah Manifesto’:

and they shall beat their swords into plowshares,

and their spears into pruning-hooks;

nation shall not lift up sword against nation,

neither shall they learn war any more.

Blaikie, a United Church Minister, was, in the words of Karl Nerenberg on rabble.ca, “a leading figure in a distinctively Canadian brand of progressive politics, one inspired by a humanistic vision of Christianity”—to which the NDP’s Tommy Douglas and other key figures subscribed—dubbed ‘the social gospel,’ rooted in “a profound belief that the ideology of competition is a lie about the nature of a truly human society.”

Sean tells an interesting story of how Bill Blaikie responded to the Chernobyl nuclear disaster:

“In 1985 Blaikie, seeking to harness a “lively debate in Canada not just about nuclear energy, but also about uranium mining and disposal of nuclear waste,” introduced a pathbreaking Private Member’s Motion demanding a moratorium on nuclear power projects. The battle was lost, but after Chernobyl the political war—with regard to both nuclear energy and weapons—seemed there for the winning.

“What happened? On both fronts, as Blaikie wrote, “the debate…died down,” eclipsed by post-Cold War, planet-sized “concerns about global warming and climate change.” Indeed, “for some” (never for him) “the need to reduce carbon emissions argued for more nuclear energy,” at the same time that the specter of nuclear annihilation seemed suddenly, blissfully remote: “Except,” that is, “for those who kept paying attention.”

Tags: Nuclear power
Previous Story
New leadership at the International Peace Bureau
Next Story
What BC forest fires can teach us about “nuclear winter” 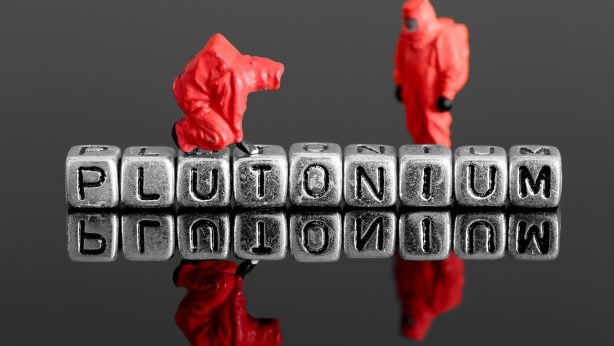 The nuclear industry is pushing for plutonium reprocessing