Homepage Analysis The US is planning to reveal a new, secret anti-satellite “capability” in space
Analysis

Brace yourself. “The Pentagon has a space weapon it’s ready to show, but it’s not clear exactly what it will be,” says arms control expert Theresa Hitchens in the defence industry report, Breaking Defense.

Nobody knows what the weapon test will reveal. “Space based jammers? Kinetic kill vehicles? Ground based lasers?” wonders Hitchens.

Canadian space expert Jessica West of Project Ploughshares slammed the proposed test as irresponsible, writing in Breaking Defense that, “It also risks derailing what little progress has been made to develop international military and security-related norms for outer space.”

West points out that the Outer Space Treaty promotes the “peaceful purposes” of outer space.

“For decades, peaceful purposes have been expanded and stretched to include widespread military use, obscuring a simmering arms race,” said West.

“For example, everyone claims to be committed to a space environment free of [junk], one that is sustainable for future generations. And yet the amount of space debris increases year after year. Instead of making our practices match our principles, we often stretch those principles out of any recognizable shape in an attempt to accommodate bad practices,” she adds. 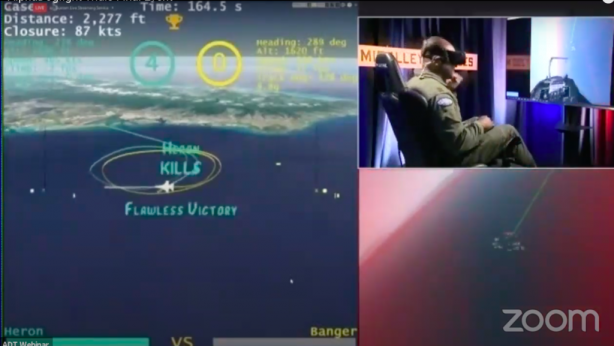 The AI is aggressive and becomes more deadly as it...