Is there an unexpected winner in the Ukraine war?

Homepage Commentary Is there an unexpected winner in the Ukraine war?
Commentary

Is there an unexpected winner in the Ukraine war?

Both sides in Ukraine seem trapped in a war of attrition. Ukraine is no closer to pushing out the Russians than the Russians are to conquering Ukraine.

Meanwhile, the conflict is having an impact beyond its borders, as other players take advantage of the war to advance their own geopolitical interests.

Writing in The Conversation this week, U.S. Air Force analyst Aaron Pilkington focusses our attention on how Iran’s interests have been advanced by the invasion.

As might be expected, Pilkington vilifies Iran as aiming to overthrow what it sees as the U.S.-dominated global political order. But he admits that the fears of Iran’s leaders are not irrational – “the long history of U.S. meddling in Iranian affairs, continuous open hostility between the two countries and decades of U.S. military buildup in close proximity to Iran greatly concern leaders in Tehran.”

“As Russia’s war on Ukraine passes six months and continues eroding Russia’s manpower, military stores, economy and diplomatic connections, leader Vladimir Putin has opted for an unlikely but necessary Iranian lifeline to salvage victory in Ukraine and also in Syria where, since 2015, Russian soldiers have been fighting to keep Bashar al-Assad’s government in power,” he writes. “Putin’s move has, in turn, helped Iran make progress in promoting its national interests.”

Russian and Iran found common cause in helping Syrian strongman Assad defeat his country’s opposition forces, but for different national interests. Saving Assad helps Russia reassert itself as a major power in the Middle East. For Iran, a friendly Syria is a critical link in Iran’s anti-U.S., anti-Israel coalition.

Even more, as Russia recalls urgently needed troops from Syria to fight in Ukraine, Iran is stepping in to fill the vacuum. “Russia’s Syria drawdown brought additional Iranian soldiers there to further prove their fighting abilities and entrench themselves in Syria. That then allows Iran to control territory [to] support its network of anti-America and anti-Israel partners and proxies,” he writes.

There are other advantages for Iran, too. Russia is buying Iranian-built weapons, and will use Iran’s low-cost and battle-proven unmanned aerial vehicles, commonly known as drones, to counter Kyiv’s Western-supported arsenal and buttress its own struggling forces and surprisingly inept warfighting capabilities. 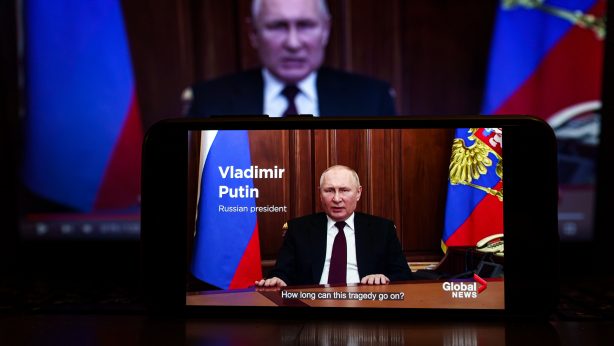 Thomas Walkom says a minor battle between the two sides... 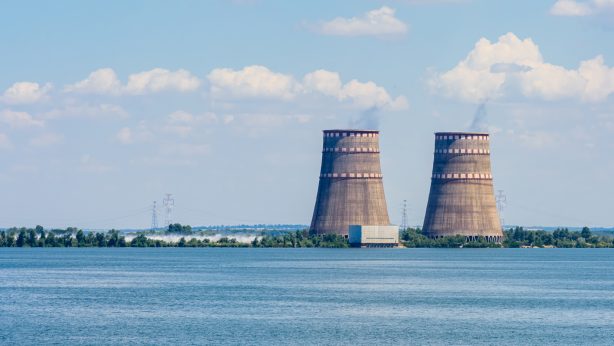 SearchPostsLogin
What do you think? Canada’s response to Russia and Ukraine
Russia and Ukraine peace activists share peace prize
Bill Blaikie was one of Parliament’s “God squad”
The war in Ukraine is entering a new and deadly phase
What did George Orwell say about nuclear war?
Video: Watch Elizabeth II as Queen of the Nuclear Age