Our friends at Project Ploughshares made a sobering observation recently. Canada and other countries have been flooding Ukraine with weapons – but what if they end up on the black market and get into the wrong hands?

“There is the real threat that the Ukrainian government can potentially not control all of these weapons,” said Kelsey Gallagher to CBC. Gallagher is a researcher with Project Ploughshares.

There are many possible outcomes for the weapons being sent to Ukraine by Canada and NATO allies, although nearly all of them include the risk of materiel going missing.

“Whenever this conflict does subside … these weapons aren’t just going to go ‘poof’ and disappear,” Gallagher said.

According to the Department of National Defence, this is the list of military equipment Canadas has delivered to Ukraine:

Since Sunday, February 27, Canada has also announced that it will supply the following:

In February 2022, the Government delivered approximately $10 million worth of military equipment – lethal and non-lethal – to Ukraine, which included surveillance and detection equipment, personal carriage and load carriage equipment, machine guns, pistols, carbines, 1.5 million rounds of ammunition and more. The additional military equipment announced since Sunday, February 27 will be flown from Canada to an Allied neighbouring country as soon as possible, from which final delivery to Ukraine will be coordinated.

(Cover: Members of Duke’s Company with the enhanced Forward Presence Battle Group Latvia, conduct an 84mm and M72 Light Anti-Tank Weapon range in the training area of Ādaži Military Base, Latvia on December 26, 2018. Via National Defence)

Tags: arms exports
Previous Story
Quiz: Can you match the leader with the invasion speech?
Next Story
Retired generals in US and Canada calling for nuclear strikes 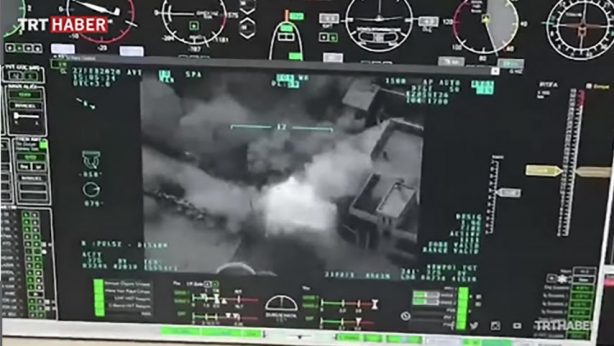 Canada’s past and present role in the international arms trade