Hey, what are you reading?

Homepage Resource Hey, what are you reading?
Resource

Hey, what are you reading?

Books have become a comfort to help us through this cold, pandemic winter.

This week, PeaceQuest is inviting everyone to share which title is waiting next to their easy chair or on their nightstand.

What are you reading?

Use the comment section below (scroll all the way to the bottom).

Comments are moderated to avoid spam, so there will be a brief delay before it is published.

Judi, PeaceQuest Kingston
The Nightengale (2015) by Kristin Hannah. Fiction, 448 pages. The experiences of two sisters in occupied France in WWII. Hannah excels in character development and description. She memorably depicts the sacrifice, misery, starvation, and executions experienced by many and the particular degradations experienced by women.  She also tells of the immense courage and physical strength of female characters. I have read many books about this war and The Nightengale is the most vivid.

Florence, Regina
I am reading Canada In The World: Settler Capitalism and the Colonial Imagination, by Tyler Shipley, published in 2020. It is TERRIFIC!  It examines Canada’s engagements in the world from before Confederation right up to 2020, demonstrating that they consistently follow the patterns set during the pre-Confederation period, when Canada did its best to destroy Indigenous societies and steal Indigenous land so as to make it available for white settler capitalist “development.” In the process, Shipley exposes the idea that Canada is a force for good in the world as a myth.

My introduction to the book came from an amazing podcast. I ordered the book immediately after listening to it:  https://albertaadvantagepod.com/2020/11/11/canada-making-peoples-lives-miserable-around-the-world/

Michael, Kingston
21 Things You May Not Know About the Indian Act by Bob Joseph and White Fragility by Robin Di Angelo.

Mary-Ellen, Toronto
Greenwood  2019 (a novel) by Michael Christie. I am just starting to read it. But it is about a family over several generations whose lives become deeply connected to trees and the ecological crisis. Looking at the many dynamic which contribute to “The Withering”, and the complex dynamics of family relationships and generational consequences. The struggles of both these intertwined stories and glimmers of hope.

I was drawn to it because of my love for trees and all of creation;  my compassion for, and deep interest in, humanity in its brokenness, tendency to get caught up in destructive passions, and its strength; and desire to face and understand the dynamics of greed, power, and possible transformation.

Rosemary, Toronto
The Sport & Prey of Capitalists (2019) by Linda McQuaig (bragging a little – I have a signed copy, having heard the author speak at OHC Health Action Assembly in 2019)

The author challenges the dogma of privatization, which has defined our political era. She argues that now, more than ever, as we grapple with climate change and income inequality, we need to expand, not shrink, our public sphere.

It’s very readable and chock full of behind-the-scenes historical accounts beginning with what Canada has done well, e.g. establishment by a Canadian doctor (Dr. John FitzGerald) of a publicly owned laboratory that saved countless lives with affordable medications and contributed to medical breakthroughs. Linda McQuaig points out that the ‘privatization of Canada’s public assets and services has become so pervasive that Canadians barely notice it these days, despite the serious consequences.’ Her book is an in-depth analysis of current and past events, posing the question, ‘Why are we selling off the impressive public enterprises we often battled as a nation to create? A great read.

Michael, Toronto
Tolstoy’s War and Peace. Translation by Anthony Briggs. I am not sure which exact edition the translation is using. I am trying to get at its essence. It’s about characters and families on an individual level in a world of big earth-shaking events and how these intersect. IMHO, there is a strong antiwar component to War and Peace. Tolstoy has me interested in the characters and in his somewhat cranky philosophy of history. His debunking of the vain and fatuous Napoleon is priceless. While Russians extol their victory over Napoleon’s invasion, war is not to be romanticized. He has me interested in reading other Tolstoy and other Russian literature. Being retired from paid work, I have time to read.

Ladane, Ottawa
I am currently reading Notes of a Native Son (1955) by James Baldwin. In notes of a Native son, you will find a collection of 10 essay, topics ranging from Hollywood, music, family life, the idolization of the black churches as a source of catharsis and worldly refuge for African Americans. This is a perfect book to read for anyone looking for somewhat of an autobiographical, as well as a critical look at life as an African American in the US and Europe.

The exerpt below is just one example in which Baldwin shines a light on the political, social and economic weaponization of race. Baldwin, wrote these collections of Essays years before the civil rights movement, but there was an impetus building in which Baldwin added his own intellectual insights. He had inspired a lot of the African American intellectual elites, musicians, artist, liberals and anyone who cared to see real and lasting change.

Baldwin often times outlines how racist policies negatively impacts not only the social and political willpower of African Americans but interestingly enough he is also concerned with the moral degradation that racism plays on non-African American population.

When discussing the reality of being black in America Baldwin writes, “this is why his history and his progress, his relationship to all other Americans, has been kept in the social arena. He is a social and not a personal or a human problem” – Notes of a Native Son.

I am without a doubt biased and will read anything written by James Baldwin. Baldwin, was an essayist, poet, playwright, and social critic. An influential thinker during the civil rights era as well as an openly gay black man when the world was quite hostile and openly homophobic. Baldwin epitomized the phrase “truth to power”. It is recorded that during the height of his literary and social activism, the FBI had gathered over 1500 pages on Baldwin and was monitored heavily for his ideas and rhetoric on the liberation of African Americans.

All this to say, Notes of a Native Son is definitely a highly recommended read, especially during this Black history month. And not to worry, although the contents are dark and infuriating at time, Baldwin was gifted in telling his story with endearing humor and prose.

Vanessa, Toronto
The Ruin of Kings by Jenn Lyons (2019). This is the first in a series of three about an intricate world of magic, lands, demons, artifacts, peoples, cultures, dragons and Gods. I like it because with so many concerns and issues of today it is an escape that is so detailed, it takes all of my end of day mental energy to keep up with the exciting and complex story. It is like I am at once completely present but in a different world. Also, how can you go wrong with dragons?! I’m currently on the second book and have pre-ordered the third!

K, Toronto
Bridgerton (2000) by Julia Quinn. Its about the love lives of the upper echelon of English society : ) It’s an easy, mindless read and part of a book club.

Phyllis, Toronto
A Good War: Mobilizing Canada for the Climate Emergency (2020) by Seth Klein. It’s about how Canadians should learn from history — World War II — to tackle now the climate crisis. It’s constructive, thought-provoking, and timely.

Katie, Kitchener-Waterloo
Queenie (2019) by Candice Carty-Williams. This novel follows the relatable Queenie Jenkins in her adventures as a 20-something Jamaican British woman.

This book is both funny and sobering, fully immersing you into Queenie’s world.

Add your own! Use the comment section below (scroll all the way to the bottom).

All submissions are moderated to avoid spam, so it will appear after a brief time. 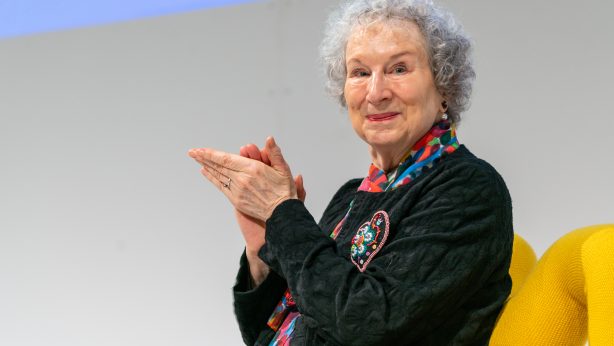 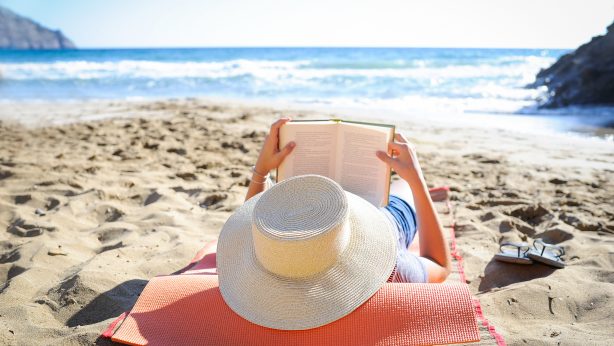