Homepage Commentary What is your top book of 2021?
Commentary

There have been plenty of great titles published this year, and plenty more from past years worth going back and checking out. This is the season of “best of” lists, so we’d thought we’d ask you: What’s your top book for 2021?

Check out these suggestions for the top books of 2021

Post WWI America seems to be thriving when suddenly the land itself turns on them – thousands are jobless, homeless, and the great migration begins in search of work and a better life. It’s a story of resilience, family, kinship and determination. Historical fiction and human resiliency – in the face of so much loss, devastation, indignity and exploitation people find dignity, community, and hope. Aimee

Nadia Murad’s memoir of her childhood growing up in a small Yazidi village in Northern Iraq and the capture of her village by Islamic State militants. Nadia was forced into sex slavery and eventually escaped finding shelter with a family who risked their lives to smuggle her to safety.

Nadia became an advocate for the Yazidi people, in particular drawing attention to the ongoing genocide and  brutality again Yazidi women. Nadia’s organisation, Nadia’s Initiative, actively works to persuade governments and other organizations to invest in the sustainable redevelopment of the Yazidi homeland. Nadia has been awarded a Nobel Peace Prize for her humanitarian work. Angie

Book is loosely based on lives of children who were basically living on the streets in England (orphans, runaways and some whose parents were too poor to take care of them). Theses kids were shipped off to Canada where they were sent to work mainly on farms.  They were treated like slaves and basically had no rights. They lived in horrible conditions and were for the most part mistreated by their masters. Not a proud moment in Canada’s history!!!!! I was unaware of this part of our history till I read this book. Debbie

A university reunion mystery. The main character grapples with who she was and who she is. I enjoyed the literary style where she flipped between present and past. Several twists on the story, and an ending that I believe is left up to interpretation. More people need to read this, so we can discuss 😊 Lesley

The Second Sleep (2019) by Robert Harris

A medieval ecclesiastical murder mystery with a really big twist. One of those books that makes you think about how fragile society is and what can happen when we’re ruled by faith and autocrats. Jamie

Very accurate prescient and revealed Trumpian mindset. 2 years before we all found out! Erika

On another world, a kind of monks devoted to scientific research live in monastery-type estates, cut off from the outside world for years, decades and even centuries at a time. As the decade gates of one such estate are opened, the wheels of a great mystery begin to turn and could lean to adventure and catastrophe for our hero, Fraa Erasmus.

For a fairly high concept sci-fi novel, the story is neatly grounded in engaging characters who are playful with each other even in great peril. The level of detail on other-worldly science and the philosophy and universal truths behind it really drew me in, especially since it seems grounded in our own from a slightly different angle.  It’s a lot to take in at 900 pages of Moby Dick-level detail, while being dropped into a different culture with some invented language thrown in and not much guidance, but context is slowly revealed if you’re patient. Over the length of the book the driving conflict changes regularly so you get regular payoffs without undercutting the momentum of the longer narrative. Stefan

A beautiful story within the so very ugly residential school system. Estelle

Female British code breakers in WWII. It’s an interesting story with strong characters and you learn some WWII history at the same time! Kathryn

This book leads us into the intimate world of trees and their relationship with each other.  Quite fascinating.  The Mother Trees are old and mysterious powerful forces that connect and sustain the others that surround them.  No wonder I love these creatures so.  They are my sisters.

And all year I have been reading the Maisie Dobbs mystery series by Jacqueline Winspear. Maisie has an interesting life.  She lives in mostly in England during and between both World Wars. These times really come to life through Maisie’s work not only as a war nurse but as a detective and psychologist.  I am so sorry that I have only two more to go to finish the series. Sr. Pauline

Swansong 1945: A Collective Diary of the Last Days of the Third Reich (published in German, 2005; first English translation, 2015) by Walter Kempowski

Swansong covers, in over 500 pages, the final three weeks of the Third Reich (April 20-May 8, 1945) as remembered in diaries, interviews, oral testimony from a wide spectrum of German society –fascist leaders and political prisoners, ordinary soldiers and civilians, intellectuals and workers, war criminals and war victims – as well Germans in exile and foreigners trapped in an imploding and burning ‘Fatherland’. The material, either sent to or collected by Kempowski, was arranged as a kaleidoscopic voice-collage without editorial comment (though with excellent explanatory notes), and forms the last volume of his monumental, 20-year project, Echo Soundings, covering the full period of Nazism in power.

Kemposwki, aged 15 in 1945, was an anti-fascist youth activist – his resistance included listening to forbidden jazz records – and a victim of Stalin’s post-war purges, serving 8 years in a notorious prison labour-camp in East Germany. Despite his bitter experience and deep loathing of totalitarianism of all forms, his approach, in both his Echo Soundings project and his semi-autobiographical novels, is to let the diversity and contradictions of Nazi (and anti-Nazi) Germany emerge through the broadest possible spectrum of voices and perspectives, allowing the depraved violence of the era – and, on all sides, the War – to speak for itself, placing readers at the centre of their own response. The only comparable project I know of is that of the Belarussian author Svetlana Alexievich, awarded the Nobel Prize for Literature in 2015 (the year Swansong first appeared in English) for her “”for her polyphonic writings, a monument to suffering and courage in our time.” Peace Quest supporters might be especially interested in her path-breaking, devastatingly powerful 1985 book The Unwomanly Face of War: an Oral History of Women in World War II. Sean

Tags: books
Previous Story
Is Canada on the right, or wrong track?
Next Story
Considering a Citizens’ Nuclear Weapons Assembly: A proposal 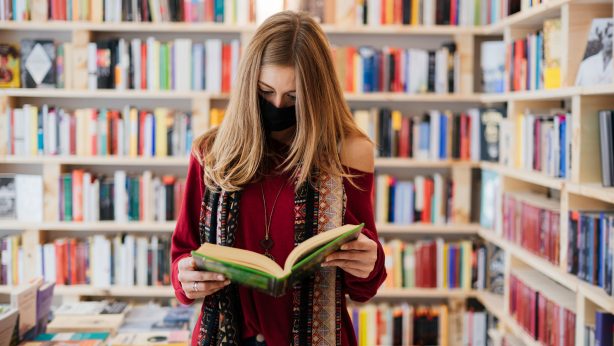 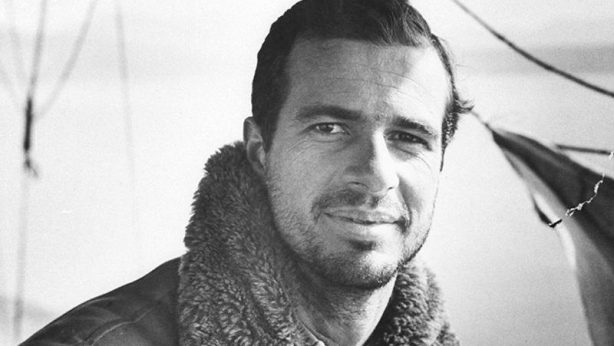 He confronted the incomprehensible truth and changed journalism